I’m trying to come up with a better name for my Link (Legend of Zelda) parody character. Originally I called her Splice, because a splice is somewhat to a rope what a link is to a chain. Sort of. Not really, which is why I decided to change it. My next thought was Swyft, because the celeb model I’m using for her is Taylor Swift. But that just seems a bit on the nose.

So I’m asking for suggestions! I need a name that fits her, in some way. Maybe a name that links her to the Legend of Zelda series (I’ve thought about just calling her Zelda, after the “Zelda is the boy” joke). Maybe a name that references her celebrity model. Maybe something else, I don’t know, that’s why I’m asking you for ideas! The name of her parody game is going to be The Legend of Ocarina, or possibly Twilight Ocarina. While you’re at it, which of those sounds better? I like having “Ocarina” in the name because aside from proper names like Zelda and Hyrule, it’s probably the word most likely to be recognized as a reference to the Legend of Zelda series.

Here is my current pic of the character, alongside a new character called La Espada Flaca (anyone who can guess who she’s a parody of gets a high-five). Endgame Boss patrons get the no-clothes version! Well, they get it early, I’ll post it as a freebie eventually. 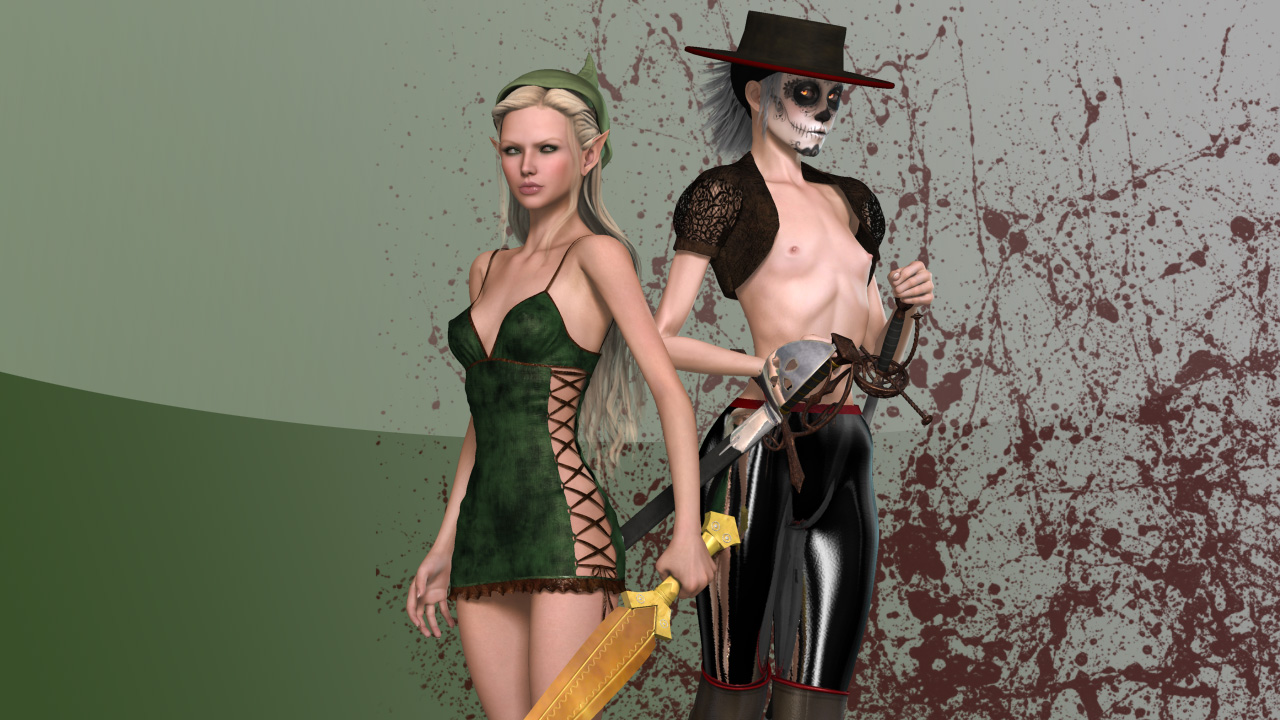