So this week my Patreon crossed my second milestone… for about a day! It fluctuates up and down, but this was the first time I reached that height. We will see if we’re still there after the end of the month! The reward for the second milestone is that I will try to put out three pages per week instead of two. That’s going to be tough, especially since with the switch to three frames per page I am already doing “three pages” at the old rate (six frames total instead of four frames). But I will definitely start working on it, since it looks like we may get to that milestone permanently soon!

Two more pages of WWAExT this week, maybe another page of something later this weekend. This comic features strangulation, which is a frequent request. For those who really like strangulation, is there anything in this that could be better? Little details that really “make” a strangulation better, to you? I am always interested in specific details about how a girl might die, not big stuff like “getting strangled” or “stabbed in the chest” but small things like “one of her eyelids should twitch” or “a little drool should drip from her tongue”. Please comment anything like that!

For my freebie updates the next little while, I am going to be posting pages from La Mouette Noire #6! Obviously you can read the whole thing for free but this lets me talk about the comic a little.

LMN #6 is to me my first “modern” comic, at least for how I do the art. It uses the old lighting and render system I used to use, so the details are not as sharp, but it is the first comic that is entirely set in a complete stage. On the previous comics, especially 1-3, I used a lot of prerendered or even photo backgrounds. So for instance I had one or two renders of the deck of Mara’s ship, and I would just render the characters and paste the pre-rendered background behind it. I still use photos for deep, deep background like skies and skylines and the ocean, but starting with issue 6 I create an entire area for each scene in the comic, which makes it much more dynamic. 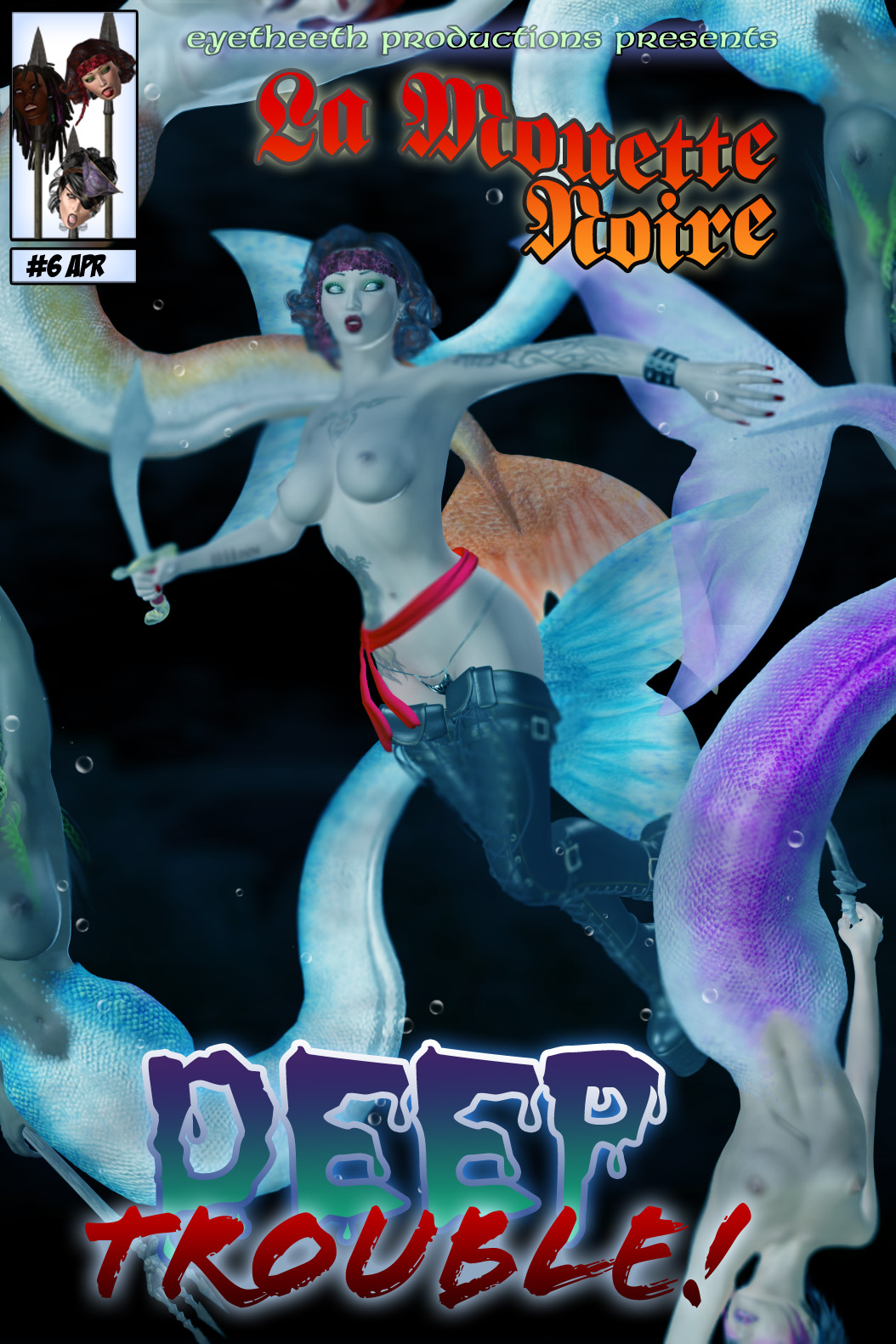 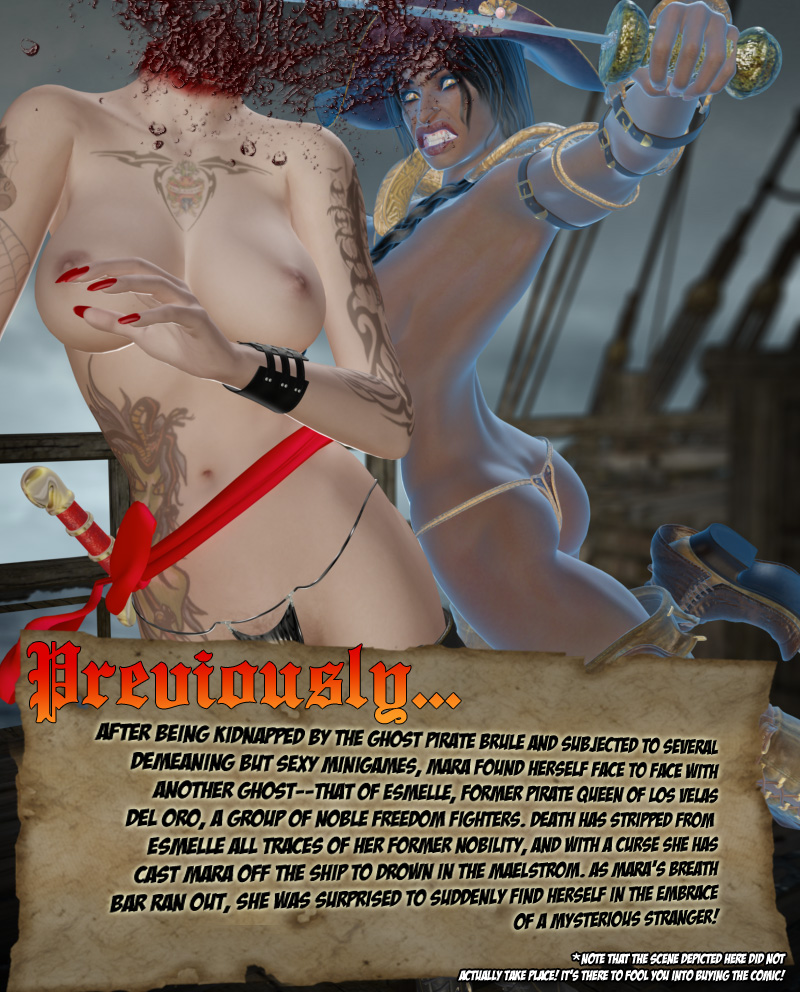 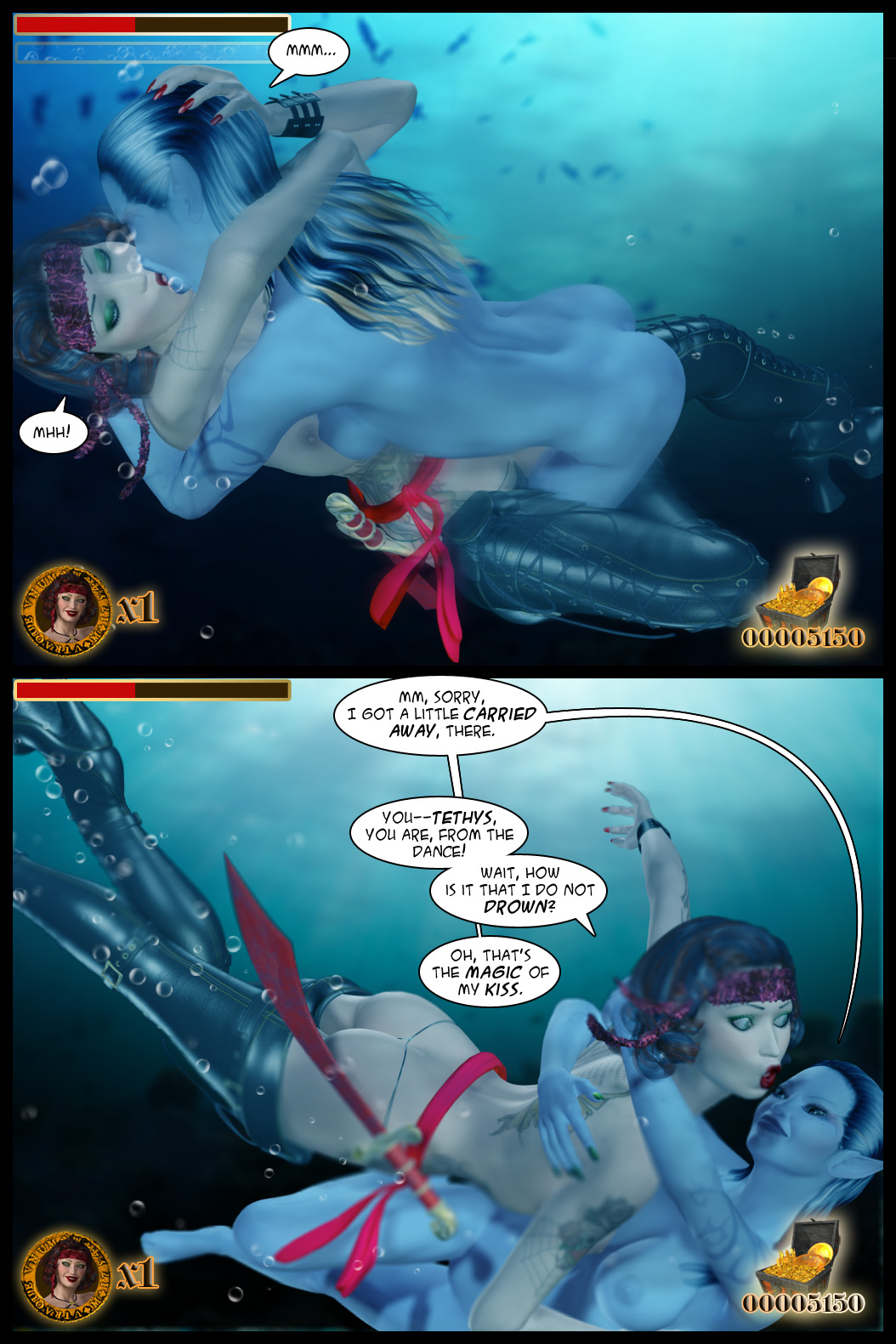